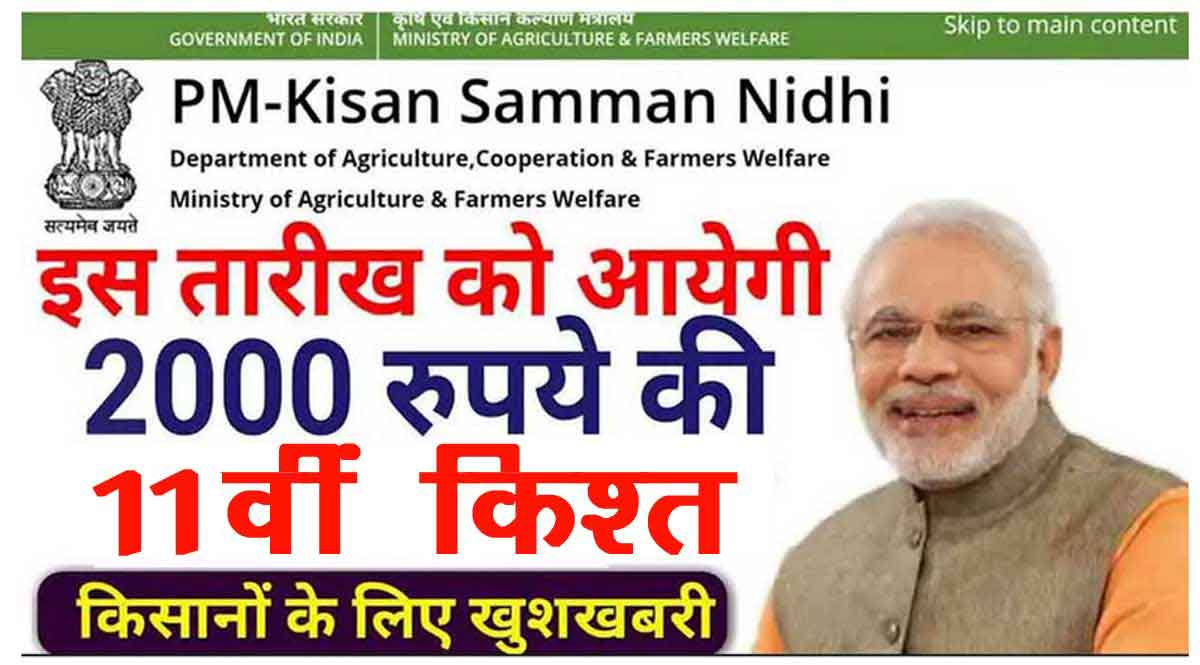 PM Kisan 11th installment date: 12 crore farmers associated with the Prime Minister Kisan Samman Nidhi Yojana have been waiting for the 11th installment of Rs 2 thousand for a long time. The wait of the farmers will end on the coming 31st. Yes, Union Agriculture Minister Narendra Singh Tomar has recently announced the date of release of the amount, putting an end to all the speculations going on in the media regarding the 11th installment of PM Kisan, in an agricultural program organized in Madhya Pradesh recently.

PM Kisan 11th installment: On May 31, an amount of 2 thousand rupees will be transferred

In the past years, many reports of fraud had come to light from almost all the states regarding PM Kisan Samman Nidhi Yojana. Many changes have been made by the government to prevent fraud in the scheme. Under this change, the government has now made it mandatory for the farmers to get the benefit of PM Kisan scheme eKYC. Now the benefit of the scheme will be given to those farmers who have e-KYC Got it done.

How to do PM Kisan e-KYC

Farmers can get their PM Kisan e-KYC work done in two ways.

First way :- Farmers can do e-KYC through their own mobile and computer on PM Kisan Nidhi’s official portal pmkisan.gov.in. If farmers get e-KYC done from their mobile, laptop or computer, then this facility is free for them. That is, they do not have to pay any kind of charge for this.

How to complete the process of PM Kisan e-KYC:-

For the convenience of the farmers, the Central Government has extended the deadline for conducting e-KYC for the beneficiary farmers of PM Kisan Samman Nidhi Yojana. Earlier the deadline for e-KYC was 31 March 2022, which was later extended to 22 May and then to 31 May 2022. According to the information received so far, about 80 percent of the farmers have got their e-KYC done. If you are also a farmer and you have not got your PM Kisan e-KYC done yet, then get it done soon, otherwise you may be deprived of getting the 11th installment of PM Kisan Samman Nidhi.