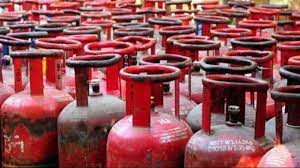 Government’s big announcement: This subsidy will be given only up to 12 cylinders. The price of LPG gas cylinder used for cooking food was increased by Rs 3.50 on Thursday. This month the prices of LPG cylinders were increased for the second time. Public sector fuel distributor companies had issued a price increase, according to which the price of 14.2 kg LPG cylinder without subsidy in Delhi has gone up to Rs 1003 from Rs 999.50 earlier.

For your information, let us tell you that in view of the impact on the common man’s life due to the ever-increasing fuel prices, the government on Saturday also cut the central excise duty on petrol and diesel by Rs 8 and Rs 6 per liter respectively. has announced. Union Finance Minister Nirmala Sitharaman informed about this decision to reduce excise duty on petrol and diesel and give gas subsidy. Apart from increasing the prices of petrol and diesel in the last few months, the prices of LPG have also increased steadily. Due to this, the budget of the people was getting affected badly. In view of this, all the experts and opposition parties were demanding reduction in fuel prices.

LPG Cylinder Prices Today, the price of LPG cylinder has been reduced by Rs 200, this is how you will get the benefit

Join us for latest updates